Research has shown that relatively moderate caffeine consumption (the equivalent of 2-3 cups a day) fully negates the physical benefits typically afforded by creatine.

I’m going out on a limb here and taking a slightly different approach to the subject of both which most of my fitness peers aren’t going to say.  If you are wondering does creatine work, rest assured it does indeed but some things like caffeine might interfere with the full benefits.

The majority either get their information from two previous studies and will tell you to stop using caffeine if you want the full benefits derived from creatine.  The other half will say it’s not a big deal, don’t worry about it, point out the flawed studies, and tell you to keep at it. 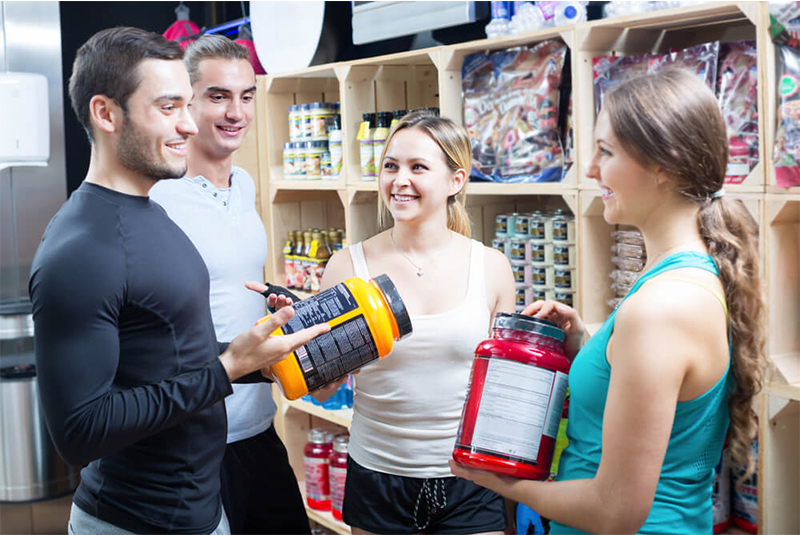 Dr. Craig Sale of Nottingham Trend University and Roger Harris set out to re-evaluate and discover if caffeine and creatine interfere with each other.

the Combo That Scares Some People

Would you believe some people avoid taking creatine supplementation for a high-intensity workout because they drink coffee and believe the link between the two will make creatine less effective?

The primary reason for using caffeine for training (the cup of coffee before your workout) is that may help somebody train harder if they don’t get as tired as fast. Caffeine delays fatigue which helps when you are doing things like lifting weights that tend to fatigue you.

Where the Facts About All Began

Two of the most prolific studies in 1996 and 2002 seemed to suggest that creatine was counteracted by caffeine.  These 2 studies are where people get the idea that doesn’t mix.

But if you read into the studies, they may have involved subjects that were going thru caffeine withdrawal symptoms.  This would make the results unreliable.

For anybody who is a consumer of coffee, if you quit taking it for a week, there are things that happen in that week that make any conclusions suspect.

But like any good scientist, they set up a new trial using the same high levels of caffeine.  This new study showed that when using creatine pre-workout supplements by themselves, strength in knee extension exercises increased by 10% but the gains were canceled out by adding caffeine.  They used 5mg per kg of body weight.

Again, many of the subjects reported upset stomachs by the high doses of caffeine.  This could have easily influenced the results. Ever tried doing a new personal record on the squats or any exercise with a rumbling, upset stomach?  Not the best of situations.

For somebody who weighed 70kg, a dose of 5mg/kg is about 350mg of caffeine.  A typical cup of coffee is 50-100mg.  If you aren’t used to it, having that much caffeine in a short time period can be quite an experience.

The subjects consume caffeine at the same time as one of their 4 doses of creatine.

For comparison (anecdotal evidence only) I recall finishing off a cup of Starbucks Grande coffee and then having a pre-workout drink that was loaded with caffeine.  Within 20 minutes into my squats, I had to quit.  I mean stop working out as I felt nauseous.  I drink a lot of coffee but even I have my limits.

In this instance at the moment, I do think high doses of caffeine at the time of a workout will negate the workout benefits offered by creatine.

So Are You Really Going to Quit Drinking Coffee Because of Some Controversy?

If you hear “creatine and caffeine” void each other out, that’s not true at face value.  If you hear, ” don’t worry about it and keep drinking your coffee” that’s not really the best answer either.

Chronic caffeine use is much more counterproductive than an occasional cup of coffee, especially when examining the ability of creatine to assist in the performance of explosive bursts of intense exercise.

It’s not correct to use the 1996 and 2002 studies to draw a conclusion that mixing creatine and caffeine use negates the effectiveness of creatine.

However, you can start to wonder if taking both at different times, staggering the use, would cause less potential interference.  What isn’t known is whether habitual caffeine use has any effect on the enhancement of physical performance, stamina, or recovery offered by creatine.

If you are 100% serious about using creatine for maximum effectiveness especially when it comes to your workouts, you should consider:

Avoid heavy caffeine and alcohol use during periods of supplementation, especially before exercise.

I see no reason to stop consuming caffeine but if at all possible I do think you want to time your intakes better so that the caffeine isn’t the major player in your workouts.  This is a somewhat difficult subject as science doesn’t say one way or the other at the moment with 100% certainty.

There’s just room for debate and further studies.   Drinking regular coffee during the day especially upon waking and a cup or two before a workout is not something I’d be worried about.

Drinking lots of highly caffeinated beverages, several times a day, pre and post-workout.. is something I’d attempt to modify.

We recommend consuming creatine directly, not mixed with other dietary supplements. You should not consume creatine at the same time as energy drinks. If you mix energy drinks with creatine, you could become dangerously confused. People with high blood pressure should also stay away from creatine, as it could cause a drop in blood pressure. Never combine energy drinks with creatine. Reduce your caffeine intake (and, if possible, your workouts) to the morning or early afternoon. Should You Take Creatine absorption? Most athletes should consider using creatine in their training. Athletes take creatine for their workout routines because it increases their muscle strength and size. If you are an elite-level athlete or workout regularly, consider the following International society of sports nutrition.

The American Sleep Association recommends 20 to 30 minutes of non-REM sleep (which is between five and seven hours) a night. The group further recommends that adults who don’t get enough sleep receive between 7 and 9.5 hours. But many people, especially in the South, are not getting enough sleep to achieve those standards, which can lead to disrupted sleep patterns.

Recommended by athletes as an improvement to or replacement for traditional sleep, creatine has become a popular supplement for muscle-building and sports enthusiasts. However, the FDA has warned that there is insufficient evidence that creatine can prevent chronic disease, maintain healthy heart or brain function, or enhance weight control.

I heard caffeine doesn’t complement creatine on account that it’s a diuretic. Is this true?

It seems to make sense right?  Coffee is a diuretic and creatine wants to hold water.

But these opposing things have nothing to do with creatine’s overall effectiveness on the body. There are some sites that still say caffeine interferes with the effects of creatine by preventing muscle water retention, a process known as muscle volumizing.  But that assumes that muscle volumizing is what makes creatine work. Best creatine works by allowing for more ATP to be made.

The two do not negate each other but it does raise the need to be properly hydrated for creatine to have its full effects. This makes drinking enough plenty of water utmost of importance when supplementing with creatine.

Maybe a quick thought on the caffeine as a no-no for your muscle gains. What’s this got to do with Creatine anyway? Let’s break it down. Here’s how I see it… When you combine the majority of the fitness craze out there, including, but not limited to, the popularity of creatine, you need to take into consideration the variety of products out there and the number of ingredients that are in them. Unfortunately, there are many products that are known to have a multitude of problems when it comes to muscle gains and loss.

The most basic of all problems is caffeine. Caffeine is well known to have a significant effect on amino acid uptake (the breakdown of protein). In addition, caffeine is an anabolic agent. It can help your body build muscle, but it can also aid in muscle loss. In my opinion, it has been proven that caffeine blocks a key enzyme in the metabolic pathway responsible for amino acid storage and breakdown. So how do you counteract all of this? You can be an expert and google all you want, but if you’re a newbie.

Can You Drink Coffee While on Creatine?

Creatine supplements have gotten a bad rap for fueling the drug-addled gladiators of 1980s wrestling. But with some scientific scrutiny, these chemicals have emerged as major contributors to athletic performance, particularly in women and strength athletes. As a fat-burning drug that’s been around for thousands of years, creatine supplements—which are often used to prevent muscle-wasting disease and build lean muscle—definitely deserve more attention. Creatine supplements come in many forms, from powder to pills, and most of these contain small amounts of caffeine. But caffeine is a poison, so can you legally drink coffee and creatine at the same time?

Is Creatine Linked to Hair Loss?

There’s been much talk about creatine, but what does it actually do for you, and is it linked to hair loss? Creatine is a naturally occurring amino acid that’s found in many foods such as meats, legumes, dairy, whole grains, nuts, and seeds. A normal supplement amount is 100 to 150 grams, which equals about 1 to 1.5 servings of meat or one serving of nuts.

The uptake of creatine through the blood and liver is then used as energy, both in our cells and to build muscle and burn body fat. Creatine is a weight-maintenance substance as well as a performance-enhancing performance-enhancing substance. Although research doesn’t definitively link it with hair loss, it’s possible that a high intake of creatine has a link. That’s because creatine has been shown to reduce hair loss by 30 percent and increase testosterone.

If you have any questions, please feel free to comment below.  I’ll update this post and I might be able to include your question in the Q & A section above.

My name is Robert Stein. I am personal trainer and semi-professional body builder!
Does Creatine Work Blog? is a personal blog of mine for sharing information and answering the never-ending questions as to does creatine work and other related fitness information.